"One test of the correctness of educational procedure is the happiness of the child." -Maria Montessori

Meet our administrative team supporting both of our campuses here! You can learn more about our teachers at each campus by visiting the Main Campus Educators and Nido Campus Educators pages. 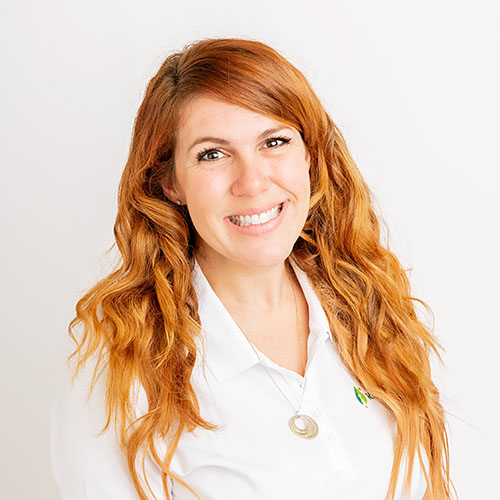 Bri Steilberg is the Owner and Director of Kinder Haus Montessori Mandeville. Her story at Kinder Haus started when Bri applied for a part time position at Kinder Haus as office help and classroom floater. “I remember walking into the interview with no idea what to expect. My knowledge of the Montessori Method included a quick Google search before applying for the open position. Little did I know that it would shape who I am as not only a parent but as a person. The philosophy and belief in the importance of a strong foundation for early childhood education resonates for my family. My first-hand experience in watching my daughter become an independent, helpful, kind, resourceful, and caring child only grew my love for Kinder Haus Montessori. The opportunity it gave to me and my family has changed our life.”

She quickly fell in love with Kinder Haus and the Montessori Method. She knew this would be the perfect place to raise her growing family. Bri’s three children, Gabrielle, Noah, and Alex have all experienced the wonderful teachers of each classroom.  Bri’s passion and ability to see future potential for the school helped in quickly gaining her more responsibility at Kinder Haus. She was first promoted to the afternoon Director then again to be the Assistant Director and once more to be the Co-Director. In 2018 there was yet another surprising turn of events in her professional life. She was offered the opportunity to purchase Kinder Haus Montessori Mandeville from the founder of Kinder Haus Montessori, Patricia Lacoste. Since purchasing the school, Bri has been able to see her dreams for the place she loves so much come to fruition. “The work that takes place in our classrooms is so much more than ‘daycare’. These teachers work endlessly to do exactly what Maria Montessori said, ‘follow the child’. Each classroom creates their own autonomous goals and curriculum formulated around their specific Montessori certifications. This school is much more than a Preschool to me, it is truly a community. The involvement of parents in conjunction with the teachers is what helps shape our individual community. We try to start the groundwork for these children to help lead our world to a better future. Even the youngest children in our school are capable of so much if they are just given the chance to practice the skills they are interested in. Whether we are introducing cooking, music, Spanish, art, composting, gardening, or general care of our planet, the end goal is to do everything we can to make this world better than when we inherited it. After being with Kinder Haus Montessori since 2013 and seeing the children that have walked these halls, I know whole heartedly that our world is in incredible hands.”

Bri was born raised on the Northshore of Louisiana spending her time fishing and exploring the gorgeous wetlands and waterways that surround southern Louisiana. Her time outside of Kinder Haus is spent with her husband Robert and 3 children camping, hiking, and appreciating the beauty of nature as well as reading when she finds the time for herself.  She grew with strong roots in her synagogue and began teaching Hebrew school there when she was just 13 years old. She is on the Board of Directors at Northshore Jewish Congregation, Director of Religious School, and teaches every weekend for religious school.  Bri has earned her Bachelor’s Degree in Sociology from Louisiana State University in 2010 as well as her Montessori Certification from North American Montessori Center in birth to three year olds in 2016.

Since Bri has taken over Kinder Haus Montessori, the school has been voted “The Northshore’s Best Preschool and Childcare” numerous years, Edge of the Lake Magazine’s Readers Choice Award for “Best Preschool”, and voted “Enterprising Woman of the Year” in 2019 by Sophisticated Woman’s Magazine. The school has plans to carry out the vision of being the best for our next generation. 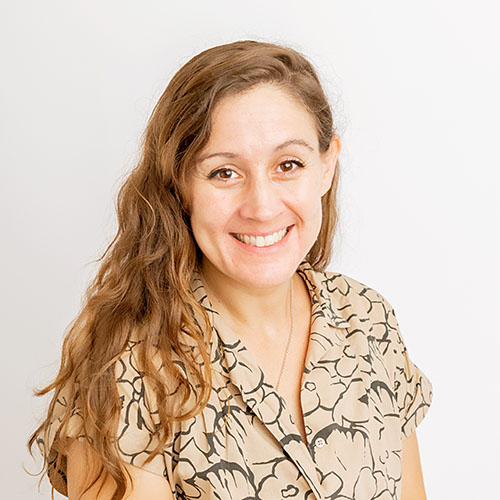 Mandy Ringbloom is the Kinder Haus Director. She joined the Kinder Haus community when her daughter, Lyda started attending as a one year old in 2014. The youngest Ringbloom, Frankie has come through Kinder Haus as well. Mandy spent three years as the Head Chef before stepping into the expanded role as the director. Her husband, Eric, is a set dresser on movies and shows filmed throughout the greater New Orleans/ Baton Rouge areas.

A Midwesterner at heart, Mandy grew up in Chicago, and graduated in 2005 with a degree in Fine Arts from the School of the Art Institute of Chicago. She performed and recorded music around the city while also pursuing her love for caring for creatures and their people. She went on to spend the next 10 years in Chicago and New Orleans working in the veterinary medicine industry. These days she brings her lifelong commitment to creativity and care into everything she does at Kinder Haus.

Mandy lives with the rest of the Ringbloom crew on a 3 acre farm, where they tend to a vegetable garden and a menagerie of animal friends. These buddies include cats Lou and Snacks, dogs Beetlebones and Tippytoes, a duck Nibbles, and a number of French Maran chickens. In her downtime, Mandy loves to share meals and tell stories around backyard bonfires, connecting with loved ones of all ages, persuasions, and species. 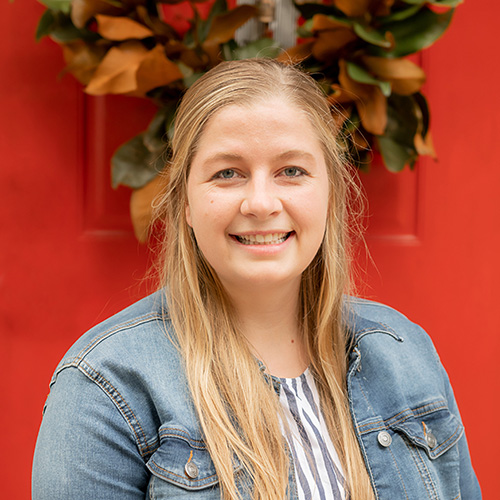 Also known as Miss Addie, Adeline has been a team member of Kinder Haus since November 2019. Her journey this year involves being the learning coach to friends who are learning virtually, and she absolutely loves it! She has been in childcare for 10 years and previously worked at a traditional center before being introduced to the Montessori Method. Adeline's favorite part of working with Kinder Haus is the family style atmosphere; she loves the way all of the staff and teachers communicate and fit together like a puzzle. She says, "The children here are so kind and full of life, and it always keeps me on my toes and serves as a constant reminder that there's a little kid inside of everyone. This school is the best, and I wouldn’t want to work anywhere else!" 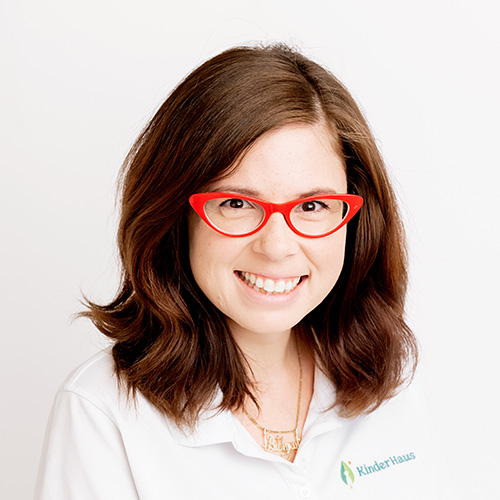 Bethany Brown started working at Kinder Haus in 2016 as the assistant life guard. She was immediately intrigued by the Montessori philosophy. She began working as a floater, going between all the classrooms and learning from the teachers. After finding her happy place in the Primary classroom, she decided to get Montessori certified for ages 3 to 6. She focused on areas of Practical Life and Culture in the classroom. Although her love for the children still shines through, she has moved to working in the office of Kinder Haus. When off the clock, you can find her having fun with her two sons, playing video games, or binging Star Trek. 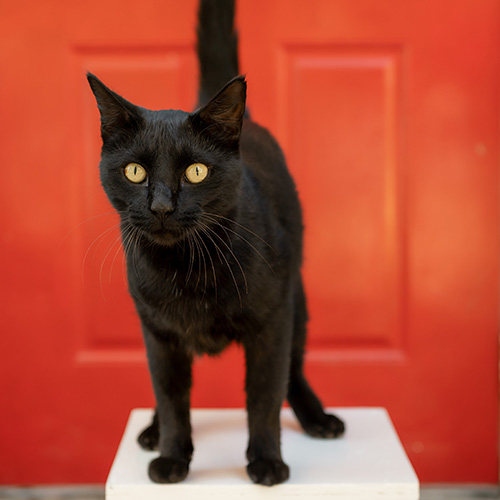 Ssori arrived at Kinder Haus in 2020. As our outdoor teacher he educates the children about the joys of outdoor living: soaking up the sun, smelling all the smells, and rolling on the ground. He also gives the children the opportunity to practice their gentle hands and further their understanding of human/ animal relationships. He takes monitoring the property very seriously. You can find him chasing away intruding grasshoppers and patrolling the parking lot. He also enjoys welcoming families to the school during morning arrival and also at dismissal. Please be sure to introduce yourself to Ssori when you have the chance. He can often be found napping in the atrium garden.

At our Main Campus we look for experienced caring, knowledgeable teachers to care and walk beside our students as they learn who they want to be in our world. Our Lead Teachers are Montessori Certified and experienced in their field, and all staff complete hours of training for Montessori and stay well versed safety protocols and regulations required by the state of Louisiana. Our teachers encourage independence and foster every child's desire to explore our school and make lifelong friendships. At Kinder Haus we find it crucial to have "open door" communication and we always have the child's best interests in mind. Learn more about our teachers at the Main Campus at our Main Campus Educators page.

At our Nido Campus we look for caring and nurturing teachers to meet the needs of our infants as they achieve independence. The Lead teachers at Nido are Montessori certified and have a love for this age group. All staff complete hours of training for Montessori and stay well versed with safety protocols and regulations required by the state of Louisiana.  At Nido we love to make connections with each sweet infant as well as the families that attend our school. We believe that communication is key in making sure that each child is assisted in reaching their full potential, at home and at school. We are honored to host parenting classes with certified Montessori moms, as well as hope to begin "Mommy and Me" weekend class opportunities. You can meet our Nido teachers at our Nido Campus Educators page. 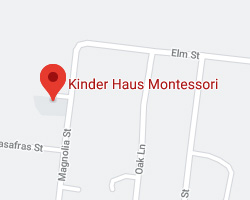